The wife of Vladimir Putin’s press spokesman, Dmitry Peskov, has accumulated a property empire worth well over $10m (£7.7m) and is designing a riverside palace on an exclusive Moscow estate, the Guardian can reveal.

The project is being overseen by a Russian tycoon who has previously done business with Donald Trump, documents show.

The disclosures are likely to raise fresh questions about Peskov’s wealth and how he and his wife, Tatiana Navka, seem able to afford a super-affluent lifestyle.

Russian opposition leaders have repeatedly criticised Peskov’s lifestyle since his celebrity wedding in 2015 to Navka, a champion ice dancer who won gold for Russia in the 2006 Winter Olympics. A Russian citizen, she lived and trained for more than a decade in the US.

Though wealthy in her own right, research led by the investigative unit Dossier Center, together with the Guardian, suggests the couple’s assets and spending are greater than has been reported.

In October 2014, Navka bought a state-of-the-art property in Rublyovka, the forested area west of Moscow that is home to Putin, Russia’s president, and many from the country’s ruling elite. 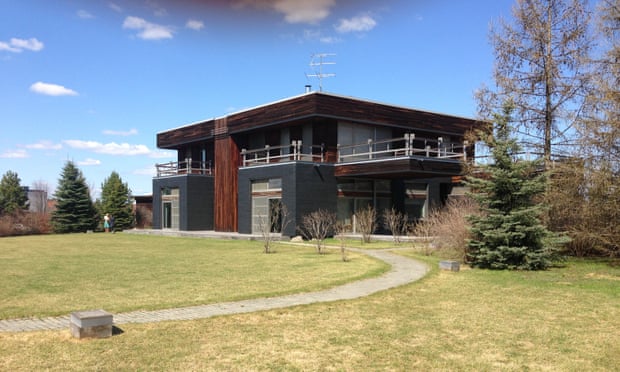 The house in the village of Tretya Okhota is built on some of the most expensive real estate in Russia. In December 2012, it was offered for sale at $15.6m.

But documents seen by the Guardian show Navka purchased the entire plot in October 2014 for 300m roubles ($7.1m) – an $8.5m discount. The price included two pieces of land costing $3.5m. Navka furnished the house in 2013-15, consulting her husband on everything from gym equipment to choice of eco-sauna. Items ordered from a Cyprus boutique cost more than €500,000.

The property’s seller is listed as Timur Khaldarov, a little-known figure who ran a charitable sporting and arts foundation, according to Russian media.

The foundation’s founder is Alisher Usmanov, one of Russia’s most powerful and politically influential oligarchs. Usmanov was until recently a major shareholder in Arsenalfootball club and in 2018 the UK’s eighth richest man.

Khaldarov said he was independently wealthy. He works for Metalloinvest, Usmanov’s mining company. He said he met Navka before her second marriage to Peskov, when his daughter wanted to try figure skating. He said he could not remember the name of the acquaintance who introduced them.

The house was “too small” for his family, and so he sold it to Navka in a falling market, he said. “There was no special discount. I was paid the market value. Why consider it a gift?” he added. Usmanov, his boss, was not aware of the deal and did not influence it, he told Moscow TV channel Rain.

Navka said she bought the property at the market rate, at a time when real estate prices “began to plummet”. She was unaware of the 2012 price. “I have been working for a long time. I earn money and pay taxes on it. Everything else is my personal matter,” she said in an email.

Neither she nor her husband had a “business relationship” with any of Russia’s “major entrepreneurs”, she added.

Usmanov confirmed he “worked closely” with Khaldarov but said he had no interest in the Tretya Okhota house or knowledge of transactions. There were “well-known fluctuations” in the Moscow property market at the time, he said.

According to Dossier, Peskov and Navka made plans for an even grander mansion on an exclusive plot in the Moscow region belonging to the tycoon and developer Aras Agalarov.

In March 2018, Agalarov personally approved the building proposal, on a site called Rechnaya #27, documents show. The plot is situated inside a gated housing estate for Russia’s ultra-wealthy, on the bank of a river, and featuring a golf course and private beach.

Documents show in 2017 the couple hired a firm of American architects, Zampolin & Associates, based in Westwood, New Jersey, to draw up a new mini-palace known as the Yanavka Residence.

The firm’s founder, Bob Zampolin, flew to Moscow to discuss the designs with Navka. His proposal features 2,400 metres of living space, a separate entrance for staff, a pool, spa, hot tub, sauna, great room and library.

The project was active in mid-2018. Its current status is unclear. Last week, there was no sign of building work. Asked if the plan was going ahead, Navka replied: “This does not concern you.” She said her relationship with Zampolin was personal and “wasn’t connected with plans to acquire property anywhere”.

The revelations are likely to provoke fresh questions over Peskov’s wealth and any potential benefits he and his wife have gained from his close relationship with Putin.

Dossier is funded by Mikhail Khodorkovsky, an exiled critic of Putin. Its revelations will fuel questions about Navka’s finances.

Since winning Olympic gold, Navka has enjoyed lucrative TV and advertising deals, including for a brand of yoghurt. She has had a primetime ice dancing show on Russia’s state-run pro-Kremlin Channel One. 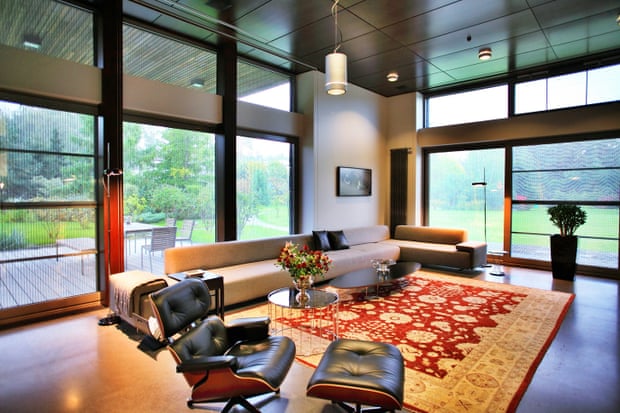 She appears to have bought her Rubylovka property using a 300m-rouble private loan – the entire purchase price. Asked about the loan, Navka repeated: “This does not concern you.”

Before the sale in February 2014, Navka opened three Swiss bank accounts, documents show. The accounts were with the Zurich branch of the Banque Internationale à Luxembourg and in dollars, euros and roubles.

She also set up an offshore company in the British Virgin Islands, a tax haven. The company, Carina Global Assets, was named in the Panama Papers leak.

At that time Navka denied having any offshore companies or accounts: “I don’t know who could have done it. I would like myself to understand what happened.”

Navka also has a portfolio of other high-end properties. They include an elite flat in Moscow’s central Yakimanka district, worth $4m, and given to her by the state as a rewardfor her sporting success. It is being extensively revamped.

She also has a $2m flat in the Moscow suburb of Polyanka. In 2015, she acquired a property under a lease of 49 years from the Moscow city government.

The pavilion in a Soviet-era park known as VDNkH was to be developed into an ice rink and sporting arena. The project was never implemented, Navka said. She also owns a small flat in the Crimean resort of Yalta.

The couple both have children from previous relationships, and a daughter born in August 2014. They have had family holidays in the Maldives, Dubai, and the French ski resort of Courchevel. 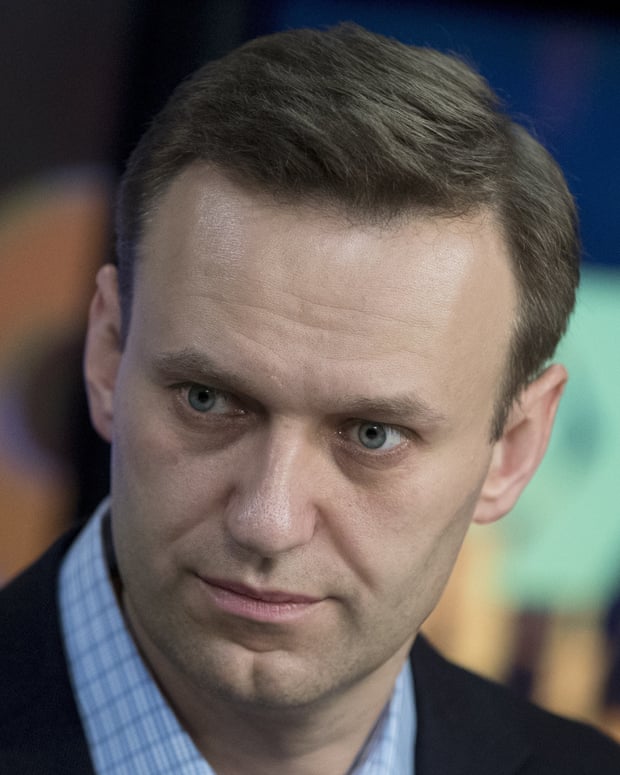 Their spending has come under persistent questioning from Alexei Navalny, the Russian opposition leader. In 2015, he accused Peskov of “illegal enrichment” after he and Navka reportedly honeymooned on the world’s most expensive yacht.

Peskov was spotted at his wedding ceremony in Sochi wearing a $625,000 watch. Peskov said the watch was a present from his bride. He also received an inheritance, he said.

Navalny has urged the Kremlin to examine the apparent discrepancy between Peskov’s official income and his ostentatious spending, so far without success. One theory is that Navka has on occasions benefited from her husband’s links to Russian oligarchs who are supportive of Putin.

Khaldarov said Navka had rented his former home for a year and a half before she bought it, paying all appropriate taxes. Khaldarov was a deputy director of Usmanov’s Art,Science and Sport charity foundation.

Peskov has been a confidant of Putin for 20 years and is regarded as one of the most powerful people in Russia. He was involved in discussions over a property deal in Moscow, held with Trump’s former lawyer Michael Cohen, who has admitted he lied about plans to build a Trump Tower in Moscow.

Cohen told Congress the plan fizzled out in January 2016. He now says discussions went on for another six months and included a possible trip by Trump to Moscow.

Cohen emailed Peskov asking for help – and held a 20-minute phone call with one of his assistants. Peskov later invited Cohen to the St Petersburg economic forum, and offered to facilitate high-level meetings with Putin and Medvedev.

Peskov and Agalarov appear in the dossier compiled by the former MI6 officer Christopher Steele. It alleges the Kremlin holds compromising material on Trump, some of it allegedly collected during Trump’s 2013 visit to Moscow for the Miss Universe contest, which Agalarov hosted. Agalarov paid Trump about $14m in fees for putting on the show. Trump owned the rights.

The dossier says Peskov was in charge of kompromat on Trump and Hillary Clinton, as part of Moscow’s wider effort to influence the 2016 US presidential election in Trump’s favour. The special counsel Robert Mueller is examining alleged collusion between the Trump campaign and Russia.